When I tell people that I met my husband, Dave, through a dating site, I always get asked- were you not scared?

This question does not surprise me. A lot of my friends who tried online dating were scammed, or almost. Online dating scams are real.

My own scam story

I once chatted with an “engineer” who worked on an oil rig. His wife died in a plane crash. His parents died in a car accident. His adoptive parents went fishing and never came back!

After a week, he had to go to the Middle East and even sent a photo of him on site. And then, he texted that he was robbed! He lost everything. Can I send him money, please???

Do you get the drift? This is a typical scam scenario. The plot and details vary. But the modus is almost always the same. They win your sympathy around a story, where they have no one in this world, but you. Of course, the real red flag is when they ask you for money

So I googled and found hundreds of articles about online dating scams. Eventually, I got good at identifying the red flags.

Do not be in denial

When friends tell me they met someone “really nice” online, I would run them through the list. In one or two sentences I can tell if it’s a scam.

At first, they refuse to believe. They have already fallen for the emotional trap. It must be very heartbreaking to learn that your new boyfriend is a professional scammer.

It hurts when you realize you’re not as important to someone as you thought you were. “

Formula of a dating scam

An article on dating scams says, that these syndicates, usually based in Nigeria and Ghana, operate as a group. They use profile names and photos of white men.

If you have fallen for this trap, don’t beat yourself. Don’t think you’re stupid.

These groups are professionally trained. They even have a playbook. Do you know that some of these “white men” are actually women? They know how to profile the vulnerable. They usually prey on middle-age women, who are lonely and mostly have money.

Why go through the heartache, waste your time, or even your money, only to realize it was all a scam.

There are ways to avoid the horror stories. Scammers have a formula:

1. Check the profile photo. If the photo is too good, like a magazine shot, it is a fake. Real men take bad photos of themselves.

2. Check out the job stated. Scammers commonly use jobs such as military, military doctor, or engineer. Plots vary but it always involves overseas posting or travel.

3. Check the status. Scammers usually say they are widowers. The wife usually died of something tragic—cancer or accidents.

4. How are they communicating? Scammers will only communicate with email and text. They won’t do voice calls or video calls. The best way to know if you are talking to a real person and not a scammer in Nigeria? Do a video call.

5. Bad grammar. When you read their text or email, foreign scammers are easy to spot. If you’re supposed to be talking to someone with a college degree, their choice of words or sentence construction would show that.

6. Is your relationship on a fast forward? Real and normal people don’t fall in love after just two weeks of texting, without even meeting in person.

Be smart. Don’t be part of statistics.

With a lot of people at home these days, there is a surge in online dating. Having someone to talk to is a vital need for our well being. Humans are social creatures.

But be warned. There are a lot of horror stories on the news, too. The current situation is an opportunity to exploit people’s loneliness. It is also being used by scammers to refuse meeting in person.

We are now digital citizens, and we have social and dating options that previous generations lacked. Couples are now more likely to form a relationship through online dating than any other avenue. Finding someone through friends and family, seldom happen.

When the physical connection is limited, we find other means to interact. We can be socially distanced but we don’t need to be disconnected. But be smart. Don’t be part of statistics

One thought on “COVID and Online Dating Scams: 6 Ways to Know if You’re Dating a Scammer” 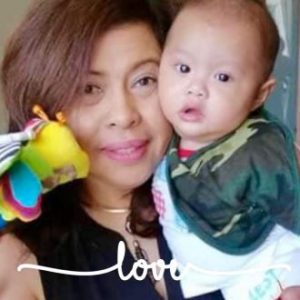